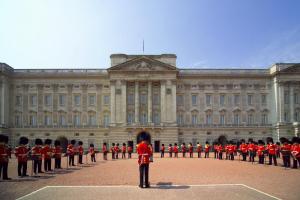 In 2000, Jonathan Harrington and his colleagues at Macquarie University in Sydney wrote a series of publications on the Queen’s English. Literally. They compared a number of vowel sounds produced by the Queen in her annual Christmas messages from the 1950s to the same vowel sounds produced in the 1980s, and used female BBC broadcasters speaking standard Southern British English (SSBE) as a control group. The idea was to observe whether the Queen’s speech had changed over those 30 years, and whether it had moved closer to the English used by the control group. Their results indicated that not only had the Queen’s English changed quite substantially, it had changed in the direction of – though not reaching – the standard English produced by news broadcasters in the 1980s. Conclusion: the Queen no longer speaks the Queen’s English of the 1950s.

The articles, of course, sparked a lot of media interest. But is it really so strange that the Queen’s speech has changed? Firstly, with age, physiological changes to the vocal chords and vocal tract inevitably lead to changes in the voice. So the Queen’s pitch is physiologically speaking bound to have been lower in 1987 than when she was 30 years younger. Similar changes to the resonances of the vocal tract would have influenced the measures taken by Harrington and his colleagues. And secondly, language itself is not a stagnant entity. The way English is being spoken in the UK changes over time, as does the speech of smaller speech communities such as the royal family. Not even the Queen’s aristocratic English is immune to this tendency.

So will the Queen eventually end up sounding like the rest of us? The answer is, in all likelihood, no. While her speech in the 1980s does not sound quite as cut-glass as the broadcast from the 1950s, it still sounds unmistakably upperclass. Think of it this way: both her English and the SSBE English of the middle-class public are changing, so although her vowels are likely to continue to move towards Harrington et al.’s 1980s SSBE targets, the rest of us have long stopped sounding like that. In other words, she will most likely continue to speak the Queen’s English, it’s just that the Queen’s English, like any other language variety, is not likely to stay the same over time.

So what exactly has changed from the 1950s to the 1980s? If you listen to the two YouTube clips below, you’ll notice a wealth of interesting phonetic phenomena. For instance, in the clip from 1957, notice how she says the word “often” (/ɔːfən/, or orfen, around 0:55 in the clip), whereas in the 1987 Christmas message has her saying something closer to /ɒfən/ (or ofen) in the word “often” (at 2:33). Similarly, in the early clip her /uː/ vowel in “you” and “too” is very back, whereas in the later clip it’s more fronted, that is, closer to the vowel the rest of us are likely to produce. Another interesting feature to look out for is the second vowel in the word “historY”, which is quite open and centralised in the early clip, sort of like the last vowel in in sofA (at 1:22), but closer to the /ɪ/ vowel in the word “kit” in the later clip (in words like “expectEd”). This latter point is further described and discussed in a later paper by Harrington and his colleagues (Harrington et al. 2006).

If you’re interested in reading more on the Queen’s English, here’s the link to a brief and non-technical paper in Nature, and here’s the longer and more phoneticsy full paper from the Journal of the International Phonetic Association.

Postdoc at Aarhus University, Denmark View all posts by annajespersen